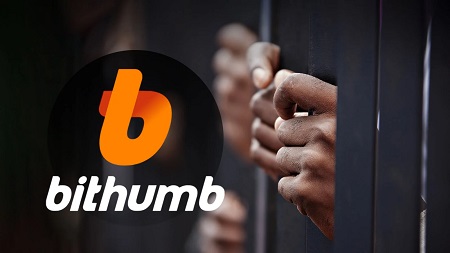 South Korean prosecutors have issued an arrest warrant for Bithumb owner Kang Jong-Hyeon. Kang has been charged with fraud due to his role in the manipulation of the stock prices of various firms connected to Bithumb.

“Kang is suspected of playing a key role in manipulating the stock prices of Bithumb affiliates Inbiogen and Bucket Studio through the issuance of convertible bonds.”

Kang and two other executives of Bithumb affiliates reportedly face charges of embezzlement and a breach of trust from the Seoul Southern District Prosecutor’s Office Financial Investigation Division.

These allegations are covered by the Capital Markets Act’s provisions on fraudulent and illegal transactions as well as the Act on the Aggravated Punishment of Specific Economic Crimes.

He may also have been involved in the scheme to manipulate the stock prices of Inbiogen and Bucket Studio through the issuance of convertible bonds.

Vidente, Bithumb’s major shareholder, was also implicated in the case, with investigations into the subsidiary set to begin in October 2022. The vice president of Vidente, Park Mo, committed suicide while the probe was ongoing.

The South Korean Supreme Court ordered Bithumb earlier this month to compensate the 132 investors who sued the exchange operator for the service outage with 251.4 million won ($203,120) in damages.

Investors were unable to access their funds or execute trades due to the incident, which resulted in a prolonged platform outage.

The ruling serves as a warning to all cryptocurrency exchanges that they must protect their users’ funds while also maintaining the credibility and integrity of their platforms.