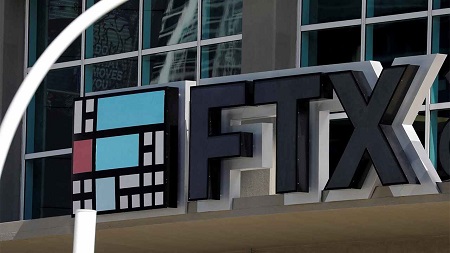 FTX filed for bankruptcy in court on Saturday, claiming that it owed more than $3 billion to over 50 creditors. The exchange had fallen out of favour earlier this month when it declared bankruptcy.

This cataclysmic demise of FTX sent shockwaves throughout the crypto space, resulting in the failure of several exposed crypto companies and the loss of billions of dollars in customer funds. The ill-timed collapse of FTX’s native token, FTT, triggered a domino effect, sending several other cryptocurrencies into the red.

The defunct exchange owes approximately $1.45 billion to its top ten creditors. The names of the creditors still need to be published.

John Ray III, who took over as CEO of FTX after founder Sam Bankman-Fried stepped down, also announced on Saturday that the company had begun a strategic review of the exchange’s assets.

Prior to its demise, FTX was regarded as the third-largest cryptocurrency exchange, with a valuation of more than $32 billion, and Binance Global Inc. as its strongest or closest competitor.

Before stepping down, Bankman-Fried announced that FTX, his trading firm, Alameda Research, and affiliated companies would file for bankruptcy on November 11.

It is estimated that a total of more than one million customers and investors are facing possible losses since the exchange collapsed on November 11, 2022.

Ray, a renowned attorney who supervised Enron’s $23 billion bankruptcy proceedings, stated in a separate filing in a court this week that he does not have confidence in the FTX’s balance sheet.

In a November 17 filing, Ray stated, “never in my career have I witnessed such a complete failure of corporate controls and such a complete absence of trustworthy financial information as occurred here. ”

“This situation has not been seen or witnessed before, from compromised system integrity and faulty regulatory oversight abroad to the concentration of control in the hands of a very small group of inexperienced, unsophisticated, and potentially compromised individuals.”