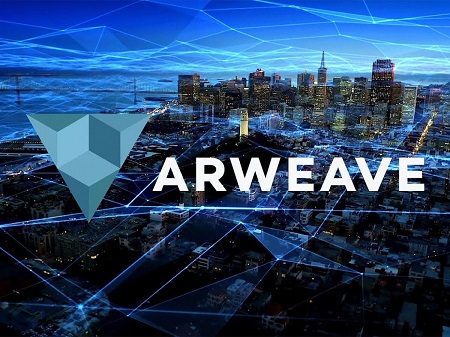 Arweave is a web3 powered global hard drive that allows users to store important data forever. It is a collectively owned technology that never forgets and promises security of user data stored on their platform.

AR which is the native token of the blockchain powered data storage technology and has recorded a tremendous growth in the past 24 hours. This immediate growth is because Meta (‘’which is the parent company of Facebook and Instagram’’) has announced it will use its platform to save creators’ digital collectibles.

The announcement was disclosed on Twitter by Stephane Kasriel, a Top management personnel at Meta.

The partnership between Arweave and Meta means that creators on Meta’s various platforms can create and issue digital collectibles on their social media handles.

Once this partnership is finalised, Facebook and Instagram users will be able to store their data permanently on the web3 platform forever without being altered and AR token is used to purchase more storage space on the platform.

Potential users of Arweaves technology are users who wish to store some photographs safely or other blockchain operators wanting to increase their transactions storage space.

How to Use the Polygon Bridge