How to Find Retroactive Airdrops and Get Paid in Crypto 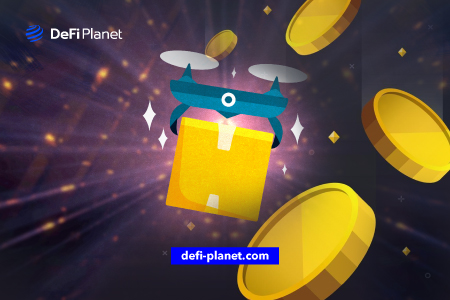 Developers and programmers all over the world are continually creating new cryptocurrencies and tokens to meet the growing demand of the cryptocurrency market. One thing that has become clear in this sector is that being an early adopter of decentralized finance (DeFi) innovations can be highly lucrative.

Airdrops have recently gained significant importance in the DeFi ecosystem. This article comprehensively examines retroactive airdrops, why they are popular, and whether they are worth pursuing.

What are Retroactive Airdrops?

An airdrop is the distribution of free tokens to the initial users of a project after the launch of its native tokens. This is typically done in preparation for the project’s initial coin offering (ICO).

A retroactive airdrop may be conducted by the team behind a newly launched blockchain platform to reward early supporters with some native tokens. Information about these tokens can be found on social media, the company’s website, and cryptocurrency forums.

The tokens are often given to a select group of wallets in an effort to increase their popularity. For example, the Uniswap airdrop distributed 400 UNI to 12619 accounts, making it a classic example of a retroactive airdrop.

Why Are Retroactive Airdrops Popular?

They create FOMO (Fear of Missing Out)

Crypto tokens are subject to FOMO. The limited supply from the retroactive airdrop will increase demand and lead to the development of a market for the project. This establishes the tokens’ worth and the industry’s need for them, making trading them profitable.

Offering incentives is a great way to get people interested in a product launch or promotion. The beneficiaries of a retroactive airdrop receive free tokens, which they can then sell for a profit when their value increases. This is a great way to reward the company’s most devoted customers.

They build a culture

Retroactive airdrops have created a “farming” culture in the cryptocurrency industry, where people actively seek out these free tokens. This practice is known as “retroactive farming.”

The idea is that a user has a good shot at being rewarded if they are the first to notice a DeFi protocol and start using it. The problem with retroactive farming is that it’s possible to spend money with no return because not all DeFi protocols feature airdrops.

They attract supporters of other products

Tokens can use a backdated airdrop to entice participants from competing projects to join theirs. Some users may prefer one token over another because it looks better, is easier to use, or is already in their portfolio.

This Ethereum-based decentralized exchange airdropped 150,000,000 UNI governance tokens to its existing users in September 2020. However, many influential community members missed out on this development because they were already using Uniswap via Dharma. These were the borrowers whose identities the proxy used in the lending protocol hid from Uniswap’s credit scoring system.

Dharma’s CEO, Nadav Hollander, suggested a backdated airdrop of UNI tokens as an apology for the blunder. The proposal went to vote using Uniswap’s decentralized governance mechanism, but it fell short of the 40 million votes needed to reach a consensus. The proposal received 37.5 million votes, which was not enough to pass despite the support of the majority.

After Uniswap’s blunder, 1Inch promptly announced a backdated airdrop. The airdrop put Uniswap and 1Inch against one another for liquidity because it was directed at users who had never used 1Inch before.

In late 2020, the 1Inch coin was initially airdropped as a gift from the DeFi aggregator. The only hitch was that it didn’t include Mooniswap participants or liquidity providers. The 4.8 million tokens were distributed retroactively as compensation. The discount was available to all customers who had used Mooniswap before December 24.

Moreover, 3.57 million extra tokens were distributed at the latter event to be used by liquidity providers on other platforms. 1 inch’s retroactive airdrop distributed a total of 310,000 tokens.

The dYdX exchange also airdropped its native token, which was very lucrative for long-term traders on the platform. 7.5% of the total token supply was released to token holders on the decentralized exchange at the time as a reward for using the platform. In this backdated airdrop, top users receive as much as 9,529 tokens.

A large part of Axie Infinity’s success can be attributed to a $60 million AXS token retroactive airdrop. Many users became wealthy as a result, with some receiving payouts of over $2 million in Ronin currency.

The ENS (Ethereum Name Service) protocol retroactively airdropped 25,000,000 tokens to eligible users. Considering how unexpected this airdrop was, the cryptocurrency community on Twitter went bonkers after it was announced.

Look for projects with token release

There are different types of blockchain ecosystems, with each performing specific uses, such as NFT, lending, and others. Users that are retroactively farming can investigate the various categories and think about the ones that have not released their tokens. This shows that a startup is interested in an airdrop.

After locating an ecosystem, it can be compared to others in the same category to gauge its potential. Two examples of such ecosystems are Sushiswap and Uniswap, both of which use backdated airdrops.

It’s important to investigate future ecosystems that will challenge these two. Users that are considering this method can ask themselves these questions:

Pay attention to projects that have positive revenue

This method can be used to find ecosystems with profit-driven farming. Stable, high-income projects may consider a backdated airdrop to their users.

The 1 Inch Exchange is a good illustration because it announced additional airdrops in 2021 after the initial round in 2020. Users that are interested in a particular DeFi need to be on the lookout because retroactive airdrops may occur more than once. For instance, Earni.

Look for projects that require feedback or have launched testnet

Retroactive airdrops are a common method used by newly launched projects in their beta phase to gain early adopters. As an incentive, users are encouraged to report any problems they encounter. ICPSwap conducted one such retroactive airdrop to aid the programmers in making the platform more user-friendly.

Those interested in retroactive airdrops can find people with similar interests in online groups like Discord and Reddit. Also, there may be more knowledgeable individuals that can help other members maximize their experience with the airdrops.

Different startups and established businesses use social media and cryptocurrency news websites. Those interested in finding retroactive airdrops can follow these news outlets so that they don’t miss the projects’ airdrops.

Here are some of the websites that users can follow:

Is Retroactive Airdrop Farming Worth It?

Retroactive airdrop farming is an exciting concept and a great marketing strategy. In the past, users have benefited greatly from investing in the right platform at the right time through airdrops.

However, it’s important to note that there is no guarantee that the platforms being farmed will offer airdrops, and it requires a significant investment of time and fees on different platforms. Additionally, there are risks that users should be aware of. Despite these factors, interested users should keep an eye out for future retroactive airdrops, as they can often be worth it.