What Are Initial Coin Offerings (ICOs) in Crypto? 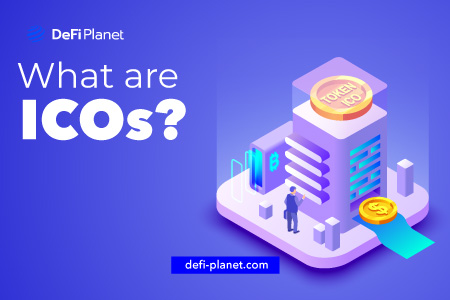 An Initial Coin Offering (ICO) is one of the several token offerings used by crypto startups to raise funds and distribute their tokens to the community. ICOs were quite common in 2016/2017, with numerous crypto firms using them to raise funds to develop their project. This article analyzes what ICO stands for and what to expect when it occurs.

What is an ICO?

ICO is a means of raising funds and can be likened to the IPOs that traditional companies do during their fundraising stage. Typically, a crypto project offers its native tokens in exchange for the capital raised. Investors participate in the hope that the native tokens will provide them with access to the project’s functionalities and the option to sell them at a higher value in the future.

Elements of an ICO

During an ICO, investors are often given a discount on native tokens. In some circumstances, native tokens are distributed to investors at a lower price than the coin’s initial listing price on exchanges. Buyers expect to be able to sell the tokens for a higher price after they are listed on an exchange. Tokens made available to the general public can be used to obtain access to project features or acquire stock in the company.

ICOs are precursors to other token offerings such as the Initial DEX Offering (IDO), the Initial Farm Offering (IFO), and so on. Because of the importance of this type of fundraising activity, some governments have enacted laws and regulations governing the use of ICOs to raise funds by crypto organizations.

Example of a successful ICO

Ethereum is one of the blockchain startups that used the ICO process to raise funding for its development and operations. The blockchain organized an ICO in 2014, raising $18 million. It lasted 42 days.

Factors To Consider Before Participating In An ICO

Despite their flaws, Initial Coin Offerings (ICOs) are a terrific opportunity to participate in innovative projects. From 2016 to 2018, several crypto projects raised funds. Some projects achieved the milestones on their roadmap, while others vanished into thin air. Before participating in an ICO, it is imperative to consider some factors.

Countries such as the United States have adopted a strict stance on regulating ICO activities, especially in the light of multiple incidences of fraud and scams that have plagued the sector. Potential investors must verify that the crypto organization complies with the legislation governing the operation of an ICO. Regulations differ from country to country, and what is applicable in the United States may not be in South Africa. The investor can determine whether or not they violate the law by checking this.

Every crypto organization that stands the test of time has to deal with some problems. It might be the limitations observed in the traditional sector or the issues that existing crypto platforms have not addressed.

For example, new generation networks are looking to address the blockchain trilemma by resolving the scalability issue observed in Ethereum.

A potential investor can learn about the platform’s solutions and features by reviewing the project’s whitepaper. How innovative is it? Is it revolutionary? Is that a feature that other projects provide? Is it feasible?

Typically, projects in an ICO have a monetary goal in mind that they expect to reach through the activity. It is critical to understand the target amount and whether or not it can be raised successfully. If the project attempts to raise an outrageous amount of money, this could be a red flag.

The success of a project is strongly dependent on its team members. An experienced project team has a higher probability of success than others because of the extensive knowledge, network, competence, and many other sterling qualities contributed to the project by the team members.

The participation of renowned personalities in a crypto project instills public confidence in its success. This public confidence can be attributed to the reputation of the team members. Background checks on project team members are crucial as they significantly reduce the chances of falling for fraudulent ICOs.

Tokenomics showcases the distribution of the token and the vesting period. It is important to analyze every aspect of tokenomics, especially the team tokens. How long is the vesting period? What percentage goes to the team?

Tokenomics showcases the distribution of the token and the vesting period. It is important to analyze every aspect of tokenomics, especially the team tokens. How long is the vesting period? What percentage goes to the team?

How do Initial Coin Offerings Work?

ICOs can take different forms depending on their objectives. An ICO can be structured such that if the target amount is not reached, the investors are refunded. The different types of ICO structures are described below.

In some ICOs, the project may use a dynamic token supply, but the price remains static. That is, the amount raised determines the token supply.

In this type of ICO, the project sets its funding limit, meaning that every token has a set price and the number of tokens sold is also fixed. If the funding target is not met, the investors may be refunded.

Projects that adopt this model aspire to achieve a dynamic funding objective, hence the price is dynamic while the supply of tokens is fixed. The price of each token is determined by the funds raised.

ICOs benefit both the blockchain company and potential investors, especially if due diligence is done by the latter.

Tokens are usually offered at a discount during an ICO. During this stage, investors buy a substantial amount of tokens from the project with the intention of trading, selling for a higher value in the future, or for speculative motives. Whatever the reason, the listing price of the purchased token is sometimes higher than the price of the ICO.

Crypto projects have utilized this method to raise funding to implement the milestones on their roadmaps. They can hire developers, marketing specialists, user experience specialists, and other professionals to develop the functionality of their platform with the funds raised. Depending on their jurisdiction, this is one of the cheapest and simplest ways for a crypto project to raise capital.

When an ICO is organized outside of the United States, particularly in countries with permissive legislation, the crypto project often requires minimal documentation. They may not be required to file with any regulatory entity before raising cash. It may not be mandatory for the project to pay commissions or fees before the procedure or adhere to stringent protocols.

Compared to other investment tools, successful ICOs usually provide a higher return on investment. The value of the token purchased in an ICO can sometimes increase by over 1000 percent. As a result, investors are often keen to participate in Initial Coin Offerings (ICOs).

ICOs may have advantages, but they are not without pitfalls. Before participating in any ICO, it is imperative to conduct due diligence.

History is replete with stories of individuals who got scammed by fraudulent ICOs. Several phony projects have taken advantage of this token offering system to defraud unsuspecting customers. The ICO era peaked in 2017, and many of the projects that organized them have since vanished. Only a handful, such as Ethereum, are still in existence.

During the 2016/2017 ICO era, some projects vanished after raising funds, leaving investors with worthless tokens. Some Ponzi schemes masqueraded as crypto projects organizing ICOs, only to abandon the project once the event was over.

It is important to note that the crypto market is volatile, which means that confidently predicting the future value of a token is a Herculean task. There is a chance that the token’s value will plummet after the ICO due to market or team activities.

The Race for Smart Contract Supremacy From Fiat to Crypto and Back Again: Understanding On-Ramp and Off-Ramp Options in Crypto

Navigating the world of cryptocurrency buying and selling can be overwhelming, with a plethora of different wallets and exchanges to choose from, and a steep learning curve to understand the ins and outs of trading crypto assets.  This complexity... 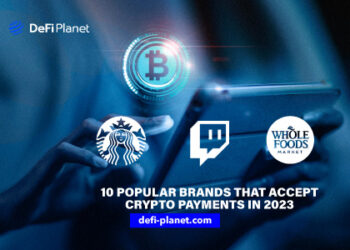 As the benefits of using digital currency for transactions become more widely understood, the popularity of cryptocurrency is on the rise. The cryptocurrency sector has evolved from a niche industry for tech-savvy individuals to a mainstream choice for investments... 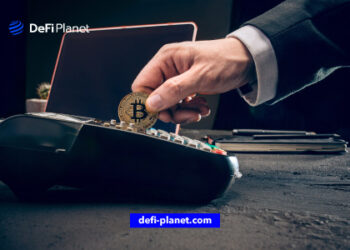 From One Country to Another: Navigating Crypto Cross-Border Payments

As the demand for goods and services increases globally and the need for convenience grows, so does the demand for more payment options. Statistics show that 58% of multinational companies use at least one type of cryptocurrency, and 56%...