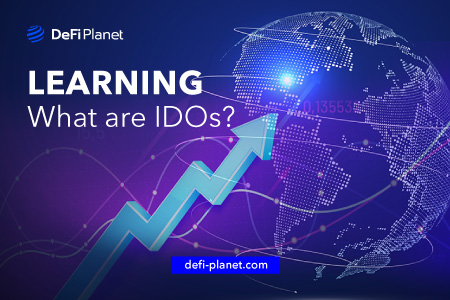 Crypto projects employ numerous methods to raise funding for the development of their architecture. Typically, a project offers investors its native token in exchange for funding. This article examines the definition of an IDO and what to expect throughout the Initial DEX Offering process.

Any of the abovementioned may be used by a new crypto project to accomplish different goals. IDOs are often used because they allow startups to build a community of users who are interested in the product while also funding its development.

Projects use IDOs to receive financing from investors while offering them the native token of the platform in return. Businesses opt for IDOs over other types of token offering systems such as IEOs and ICOs because of some inherent benefits.

Many IDOs require potential investors to supply liquidity in a Liquidity Pool (LP) before they can access the native token of the platform. Decentralized exchanges offer immediate liquidity allowing users to trade the project token instantly. With the structure of this token offering, early adopters can sell their tokens to others for a higher value. Typically, traders tend to look for projects that organize IDOs to purchase the project tokens at a lesser price and probably resell once the price increases.

With the permissionless nature of decentralized exchanges, projects that organize IDOs tend to be listed on the trading platform immediately the process comes to an end. Investors do not have to spend their time waiting for the token to be listed because it is done instantly, allowing them to make profits earlier than what is obtainable in ICOs.

Listing on a centralized exchange is usually expensive. Before crypto projects can utilize the features of a centralized exchange’s launchpad, they are required to pay exorbitant fees, which may not be available on the standard platform. The fees charged to organize IDOs are usually cheaper compared to alternatives.

The organization of an IEO on a centralized exchange has constraints. It is tough to go through the stages of several centralized launchpads. Most of the time, average crypto startups can’t scale through due to insufficient funding.

Some custodial trading platforms require that the new platform not publish its token on competitors’ platforms for a specified period. A centralized exchange may request that a project provide them with a significant amount of native tokens to access the exchange’s services.

Using a custodial exchange imposes extra constraints. For example, the project has little to no control over the criteria that govern token sales.

What Are The Drawbacks of IDOs?

Though IDOs provide benefits that transform the way things are done in the crypto space, they also have certain drawbacks.

In an ICO or IEO, the platform hosting the exercise requires participants to submit their personal information before listing their project. The projects are thoroughly vetted, from the use cases to the founding team. The identities of individuals behind a project are known, which cannot be said for an IDO process. Most decentralized exchanges have minimal requirements for launching an IDO on their Launchpads. Sometimes the criteria may not include verifying the identities of the project’s crew.

Scams and fraudulent activities are prevalent in IDOs due to Decentralized Exchanges’ lax attitude towards vetting the identities of project teams. Sometimes the founding team may not keep their end of the bargain, defrauding investors and leaving them in the lurch. It may also be tough to track down the founding team due to their anonymity.

Generally, centralized exchanges request that potential investors verify their identities before participating in IEO activities on their launchpads. Documents such as proof of identity and address are required at the sign-up stage, although this is not true for most decentralized exchanges.

As a result of the anonymity provided by decentralized exchanges, users can invest in multiple new projects to launder money or engage in other criminal activities.

How does an IDO work?

The required steps to participate in an IDO differ for new projects and potential investors.

• As a Potential Investor

Potential investors are required to carry out some tasks before they can participate in the launchpad activities. Typically, the requirements vary from one exchange to the other. It utilizes a tier system that grants users in higher tiers access to guaranteed and larger token allocations.

Potential investors must stake their tokens at least a few days before the start of an IDO to be eligible for these launchpads. Those with larger staking pools have a first-mover advantage to purchase large amounts of tokens.

Before they can purchase tokens, some projects require investors to participate in marketing activities to promote the project. After completing the tasks, they are allowed to submit their wallet addresses in the hopes of joining a whitelist.

Immediately after the Token Generation Event (TGE), investors have access to their tokens, which they can trade or hold in their wallets.

To protect their users, some Decentralized Exchanges (DEXs) assess new projects before allowing them to use their launchpads. The steps differ depending on the launchpad.

Some DEXs require that the project’s founding team undergo a verification process. Their identities, as well as other vital information about them, must be disclosed. Although, this is not always the case as some DEXs are more permissive.

Investors lock their funds with the team with the hope of getting tokens when the Token Generation Event (TGE) occurs.

A portion of the funds raised will be used to create a liquidity pool for the crypto project’s token. The remaining funds are in the team’s custody.

How to Be Safe In An IDO?

IDOs are a means of accessing new tokens. However, potential investors must take steps to remain safe.

• Check the Authenticity of the Launchpad

There are numerous DEX Launchpads that host IDOs for projects. It is important to opt for those that have built credibility over time in the crypto space. This reduces the chance of being fleeced of tokens at the TGE.

• Check the Validity of the Link

When an IDO of a project is about to happen, scammers tend to post fake links that direct users to phishing websites, to steal from them. Any crypto transferred to the scam address by the investor cannot be recovered.

It does not matter if the launchpad has built a reputation for vetting the projects that use its services for IDOs. Potential investors must conduct due diligence by researching the team behind the project. They should also learn more about tokenomics, from the vesting period to the amount allocated to the team.

What Are Initial Coin Offerings (ICOs) in Crypto? 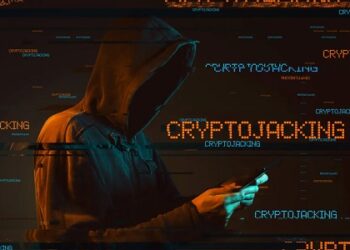 Cryptojacking: What It Is and How to Prevent It 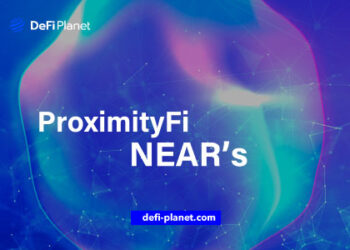 Understanding ProximityFi and How NEAR’s Nightshade Will Disrupt DeFi

Although the NEAR protocol is a newcomer in the Web3 arena, it brings a wealth of technological advancements that prioritize user experience. Nightshade, its innovative scalability solution, is at the heart of these initiatives.  Nightshade employs a novel sharding...