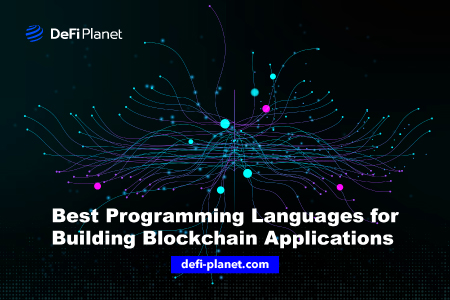 The blockchain industry has already grown to the point where several competing ecosystems rule the market and tell blockchain developers how their next projects should be set up.

There is currently a large ecosystem of EVM blockchains, including Ethereum, Polygon, Binance Smart Chain, Avalanche, and lots more. Also, two major projects connect various ecosystems based on interoperability. These include Polkadot and Cosmos.

We also have other ecosystems, such as Solana, DFINITY, Telos, and EOS, not to mention the entire family of Bitcoin forks and altchains.

Blockchain is here to stay; the global expenditure on blockchain services reached $6.6 billion in 2021 and is expected to triple by 2024. That is why those who want to stay at the top of the charts and create a successful product with a large global user base must consider the technology stack first.

What is Blockchain Development?

Blockchain development entails the creation of various types of applications on top of the blockchain platform that users can use to store and securely transfer data without the involvement of a third party.

Blockchain technology was first discussed in 1991. However, Satoshi Nakamoto created it in 2008 when he published the Bitcoin whitepaper, A Peer-to-Peer Electronic Cash System. Since then, cryptocurrencies have grown enormously, with over 20,000 available on the market.

It is used for developing smart contracts using object-oriented and high-level programming concepts. Developers believe it is the most stable and widely used blockchain programming language. Solidity was made to work with the Ethereum Virtual Machine (EVM). It was based on Python and C++.

Solidity is dedicated to creating decentralized applications on the Ethereum blockchain. The first version of Solidity was released in 2015 by Christian Reitwiessner, Gavin Wood, Yoichi Hirai, and Liana Husikyan. At the time, they were working on the Ethereum platform.

As a beginner, Python may be the best programming language to use for building blockchain applications because it has fewer shortcodes and is easier to use.

Python is an open-source language; hence you can use a variety of resources and plug-ins. It supports OOP dynamically and is widely used in blockchain development, artificial intelligence, and machine learning.

The most popular options in blockchain programming are graphical user interfaces that aid in the creation of applications such as Tk, PyQt5, and others.

Rust is a multi-paradigm programming language designed for improved performance and safety. It provides:

Rust is the most efficient programming language for developing smart contracts because it allows for productive collaborative work for project teams as well as open-source developers who want to contribute to the protocol.

The Rust programming language enables programmers to control low-level details without any hassle or micromanagement, resulting in an excellent balance of technical capacity and coding experience.

Furthermore, Rust provides exceptional speed and stability through the use of a real-time compiler that validates code through feature additions and refactoring. As a result, this language meets all of the primary requirements for blockchain development and much more.

JavaScript is the first programming language that those new to Web3 or Web 2.0 should learn. Those that are familiar with using JavaScript for building websites and apps can still use it to build blockchain applications.

For instance, a front-end engineer who creates apps in JavaScript does not need to learn a new language. The front-end engineer can easily make his or her application interact with existing smart contracts or the blockchain itself.

NEAR is a popular protocol that allows developers to write smart contracts in JavaScript or Rust. You can go far with only JavaScript and then go into other languages depending on your goals and the type of blockchain application you want to work on.

The SideChain Development Kit (SDK) for Lisk is written in JavaScript and allows developers to build applications on top of Lisk’s blockchain platform.

C# is a multi-paradigm, object-oriented programming language. Microsoft created it in 2000 as part of the .NET initiative to replace C++ as the primary language used in video games.

C# was ranked fifth on the TIOBE index in July 2021. According to the Stack Overflow Developer Survey 2021, 29.81% of developers in the industry now use C#. Furthermore, SlashData estimates that there are 6.5 million C# developers.