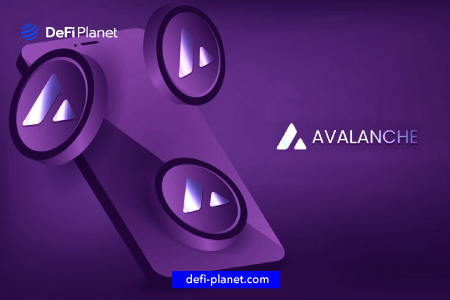 Blockchain technology is evolving because as new blockchains emerge, they solve problems encountered in existing platforms. At the moment, newer networks are offering solutions to the Ethereum blockchain’s scalability and hefty gas expenses. Avalanche is one of these ecosystems. Avalanche prides itself on offering a decentralised, highly scalable, and secure framework for developers to build their decentralised applications. The native token of this network is Avax, and it has an affordable transaction fee compared to Ether.

Avalanche was developed by researchers at Cornell University. The research team was headed by a professor of Computer Science at the University- Emin Gun Sirer, while the other members were doctoral students Maofan “Ted” Yin and Kevin Sekniqi.

During the research, the crypto startup, Avalanche, was developed to offer advanced financial solutions in the blockchain space. Initially, the aim of the study was to offer a network, where the decentralised financial space could create their innovations. While undergoing the research, the team wanted to find alternative consensus mechanisms that could offer secure transactions, without having to consume large computing energy like the Proof of Work (PoW) network. They wanted to democratise the technology, and in 2020, the AVA codebase was made open-source to the public. In the same year, the mainnet was launched and ICO was conducted.

What is Avalanche’s Architecture?

Avalanche’s Architecture is broken down into different chains, as a way of improving Scalability, and making it easy for developers to create their decentralised apps. Avalanche utilises a protocol similar to Segwit to curb congestion in the network. Congestion is a big issue in networks like Ethereum as their activity level increases.

One of the elements of Avalanche is its deflationary tendencies that buy back its tokens from the open market and burn them. The intent of the burning process is to reduce the supply of AVAX tokens while driving its demand. This is an attempt to capitalise on the basic law of demand and supply, which states a reduction in supply drives up the value of an item.

Another element of this ecosystem is its programmability. During the development of the network, the team members wanted to create a solution that allows enterprises and individuals to deploy innovations that catered to their needs. Developers are allowed to program their decentralised solutions in multiple languages because of the flexibility of the network while deploying multiple custom virtual machines.

The Avalanche team sought a better alternative to PoW without sacrificing security and decentralisation. Delegated Proof of Stake (DPoS) consensus mechanism was opted for because it promised to solve the blockchain trilemma of security, decentralisation, and scalability. DPoS is a better version of the Proof of Stake consensus mechanism because it requires fewer consensus requirements compared to the latter. The architecture design allows millions of Validators to cater to the transactions simultaneously, resulting in a significant reduction in congestion.

One of the blockchains on the Avax network is X-Chain, the easy-to-use programmable network. With this chain, people are allowed to mint different digital assets such as Non-Fungible Tokens, utility tokens, stablecoins, wrapped tokens, and so on. This is designed to be easily programmable by anyone to create their simple digital assets.

The second chain on Avalanche is the C-Chain, which is designed to allow developers to port their decentralised apps from Ethereum to this network. It is the conversion chain that offers development solutions that are compatible with Ethereum. Through this chain, developers can access regular Ethereum-compatible tools like Truffle Suite, Remix, and so on. This chain was created to promote an easy migration from Ethereum to the Avalanche ecosystem.

The third chain is the P-Chain. It is designed to oversee the operations of the Avalanche network. This is the chain that monitors the operation of Validators, as well as the other chains and Subnets on Avalanche. AVAX token holders can stake their tokens through the P-Chain.

Every chain is designed to function independently of the others, thereby reducing the chances of network congestion. Different types of transactions happen simultaneously on varying chains.

What is the native token?

Avalanche is designed to allow developers to create different types of digital assets like NFT, equity, utility tokens, and so on. To use the features on this network, a developer must possess the native token, AVAX.

At the time of writing, CoinMarketCap ranked AVAX as the twelfth coin in terms of market cap. It had a market capitalization of $2,046,387,897,980 and was listed in hundreds of exchanges. The total supply of AVAX tokens is pegged at 720 million, and 360 million out of it was minted at launch. The rest will be distributed to the community in the form of staking rewards.

What are Avalanche’s solutions?

On Avalanche, developers and enterprises can create smart contracts to guide their operations. According to Avalanche, it has one of the fastest smart contract features in the ecosystem. Creating and deploying smart contracts is more cost-effective compared to Ethereum. Apart from the aforementioned, the lack of congestion in Avalanche means that the transactions are fast.

Unlike Ethereum, which is congested and has high gas fees, Avalanche, through its multiple chains, is reducing transaction fees that users may incur when using an app built on it.

On Avalanche, developers can create and deploy Ethereum-compatible decentralised apps without worrying about restrictions. This is made possible because the ecosystem is Solidity-compatible, and Ethereum-based tools such as Remix, Truffle, and Tenderly are available.

A peculiar feature that Avalanche offers is the ability for developers to create their customised public or private blockchains. They can decide what a blockchain should possess by building their tailored virtual machine. As an Open source ecosystem, developers can deploy any blockchain they wish, while leveraging the solutions the space offers.

Avalanche is a host of Virtual Machines like the EVM- Ethereum Virtual Machine, allowing developers to create decentralised apps and blockchains based on their specifications.

How do you stake Avalanche native coin, AVAX?

As a DPoS network, staking or delegating AVAX to validators is crucial to the survival of the ecosystem. By staking their tokens, holders earn rewards through new tokens. Another way to earn rewards is by being a Validator on the network. Avalanche can host millions of Validators. To become a Validator, as at the time of writing this, the holder should stake at least 2000 AVAX. A potential Validator should also possess the minimum hardware requirement, which is not as stringent as other networks.

Before a community member can be a Validator on Avalanche, they should be familiar with the architecture and currently run a node. The node has to be incorporated into the Primary Network of the ecosystem. According to Avalanche, the Primary Network “is inherent to the Avalanche platform and validates Avalanche’s built-in blockchains. The P-Chain manages metadata on Avalanche. This includes tracking which nodes are in which subnets, which blockchains exist, and which subnets are validating which blockchains. To add a validator, we’ll issue transactions to the P-Chain.”

Avalanche has uploaded a tutorial detailing the steps to following in adding a node to the Primary Network and becoming a Validator.

India Legalises Crypto And Brings CBDC, But The Tax Rates Might Break The Dream