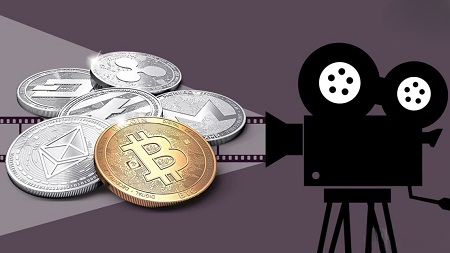 As Web3 technologies continue to connect with the entertainment sector, blockchain and cryptocurrency-funded film initiatives have become popular at film festivals.

The debut of the brand-new movie Fuzzy Head, which was funded by the blockchain-based crowdfunding website Untold.io, will take place at this year’s Sundance Film Festival, an Oscar-accredited event for independent filmmakers.

The CEO of Untold.io, Ali Aksu, outlined how filmmakers, like those on Fuzzy Head, might leverage blockchain technology to democratize their funding process and expand investment opportunities to accredited and unaccredited investors.

The opening up of a new asset class to all types of investors via compliant security tokens and enhanced fan involvement via NFTs, according to Ali, will be the most significant aspects of crypto/blockchain integrations in the film business.

To advance the technology and open up its programs to more people, Untold collaborated with Dapper Labs. The Comeback Trail, starring Morgan Freeman and Robert De Niro, was one of the major films that the platform has also promoted.

According to Ali, the opportunity to invest in carefully screened entertainment projects with impact-driven objectives that would otherwise not be available on Hollywood screens is rare.

Ali affirmed Untold.io’s commitment to using entertainment and movies as a means of education and healing to improve the state of the world, noting that they are pleased with the additional support provided by Dapper Labs to promote interesting independent initiatives like Fuzzy Head.

Anthony Hopkins, a director of movies, sold out an NFT collection last year that was based on characters from movies he had already released.