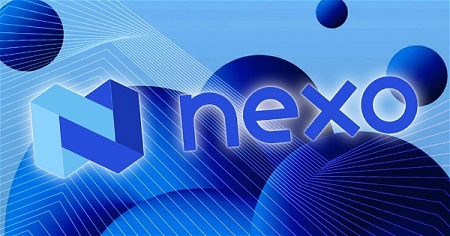 Nexo Capital, a cryptocurrency lender, has agreed to pay $45 million in fines to the North American Securities Administrators Association (NASAA) and the U.S. Securities and Exchange Commission (SEC) for not registering the offer and sale of its Earn Interest Product (EIP).

The SEC and NASAA released separate statements to share the news. The SEC affirmed in a statement that Nexo had agreed to pay a $22.5 million fine and stop selling the EIP to U.S. investors after being accused of violating the agency’s rules.

Nexo consented to pay an additional $22.5 million in fines to resolve similar claims made by state regulatory authorities in concurrent actions.

Nexo has reached a final landmark resolution with the U.S. Securities and Exchange Commission (SEC), the North American Securities Administrators Association (NASAA), consisting of all 50 U.S. States & 3 territories and the Attorney General of New York.🧵https://t.co/modjbPsOdV

According to NASAA, the settlement, in principle, follows an investigation into Nexo’s alleged offer and sale of securities over the previous year. NASAA stated that a settlement with Nexo to end its previous unregistered activities has been approved by seventeen state securities regulators.

“During the investigation, it was discovered that EIP investors could passively earn interest on digital assets by loaning those assets to Nexo. Nexo maintained total discretion over the revenue-generating activities utilized to earn returns for investors.”

According to the SEC, the commission considered Nexo’s responsiveness in taking corrective action to resolve its shortfalls, as well as its level of cooperation in the settlement negotiations.

“We charged Nexo with failing to register its retail crypto lending product before offering it to the public, bypassing essential disclosure requirements designed to protect investors.”

The SEC claims that adhering to their time-tested public policies is mandatory. They will continue to follow the facts and the law to hold cryptocurrency companies accountable in cases where they don’t comply. In this situation, Nexo is suspending its unregistered lending product for all U.S. investors, among other things.

Early this month, Nexo announced that it would sue the Bulgarian government for conducting unlawful office raids. Nexo claims that investigators took hours to produce a search warrant and that inspectors failed to reveal their names.

The firm believes the office raids were unlawful and exposed the perpetrators’ total incapacity. Nexo declared its certainty of winning the legal action.