FTX Crash: The Fastest Corporate Failure in the American History 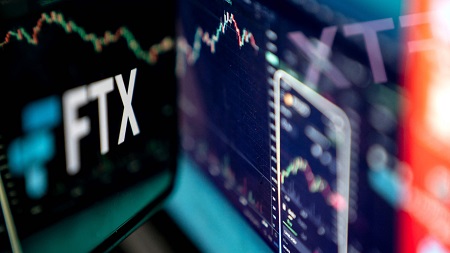 The United States Trustee overseeing FTX’s bankruptcy proceedings has called for an independent investigation into the exchange’s collapse.

U.S. Trustee Andrew Vara stated in a December 1 motion that within eight days in November, debtors suffered a virtually unprecedented decline in value, going from a market high of $32 billion earlier in the year to a severe liquidity crisis after a proverbial ‘”run on the bank.”

Vara has requested a thorough investigation into FTX, claiming that the collapse could have far-reaching consequences for the cryptocurrency industry.

Since taking over as CEO of FTX on November 11 after Sam Bankman’s departure, John J. Ray III has been harshly critical of the firm’s operations. Ray stated on the first day of FTX’s bankruptcy hearings that the firm’s control was concentrated “in the hands of a very small group of inexperienced, unsophisticated, and potentially compromised individuals.”

More Information About the Company Is Required for a Detailed Investigation

The U.S. Securities and Exchange Commission and the U.S. Attorney’s Office for the Southern District of New York have sent multiple requests to investors and companies that had close ties to FTX seeking information about the company and its key figures.

However, it appears that the authorities are closely investigating the now-closed exchange and will likely take legal action soon.

Since the November market chaos, there has been a surge in calls for stricter crypto market regulations.

So far, more than 50 bills addressing blockchain and digital asset regulation have been introduced in Congress.

Sen. Cynthia Lummis stated in November at the Crypto and Digital Assets Summit that the bill she co-sponsored with Sen. Kirsten Gillibrand, The Responsible Financial Innovation Act, would limit rehypothecation in the cryptocurrency market, which she said increases the risk of market contagion. When collateral is rehypothecated, it is used to secure another loan.

Summer Mersinger, Commissioner of the Commodity Futures Trading Commission (CFTC), recently stated that determining who has the proper jurisdiction is one of the most difficult challenges for crypto regulators.

However, attempts by the federal government of the United States to regulate cryptocurrency have so far amounted to little more than territorial battles with the Securities and Exchange Commission.

Jenny Lee, a Reed Smith partner, and former CFPB enforcement attorney, has stated that Congress and the CFTC must demonstrate that they are serious about substantive regulation and not just fighting a turf war to oversee the cryptocurrency market.

On December 1, the Senate Agriculture Committee held a hearing to investigate the FTX crisis, and the House Financial Services Committee will do the same on December 13.

Martin Hiesboeck: Proof-of-Reserves Are at Best Incomplete, at Worst Misleading and Deceptive