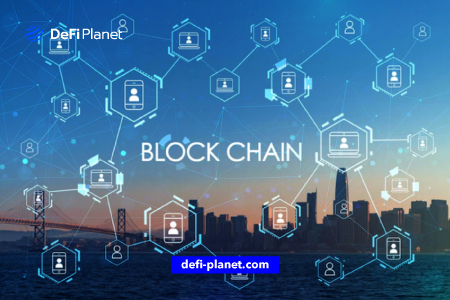 The Delegated Proof-of-Stake (DPoS) is a blockchain consensus protocol that allows users to vote for delegates by spending their coins. These elected delegates then have the power to make decisions that impact the entire network, such as setting protocol rules or validating transactions.

DPoS has proven to be the most effective consensus mechanism, leading to the scalability and sustainability of the blockchain. It also replaces the energy-intensive mining process required by Proof-of-Work (PoW) consensus protocols.

In this article, we will explore the intricacies of the Delegated Proof-of-Stake consensus mechanism and its benefits.

An Overview of Consensus Mechanisms and Proof-of-Stake

A consensus mechanism is a way for all network participants to agree on major modifications. This is necessary to maintain network consistency, but getting everyone in a large community to agree can be difficult. There are various methods for achieving consensus, including  Proof-of-Stake (PoS), Proof-of-Work (PoW), Proof-of-Elapsed Time (PoET), and more.

PoS is an alternative consensus mechanism that was designed to address the shortcomings of PoW, such as its extremely high energy requirements. In PoS, network users stake their cryptocurrency to act as validators and have a chance to add a new block to the blockchain.

The stake is an escrow account where the validator’s cryptocurrency is held. One validator is selected randomly to add a new block of transactions, and the other validators then verify it.

Delegated Proof-of-Stake (DPoS) is a type of consensus protocol that allows users to vote for delegates by spending their coins. The elected delegates then have the authority to make decisions that affect the entire network, such as setting protocol rules or validating transactions.

DPoS has effectively increased the scalability and sustainability of blockchains, eliminating the energy-intensive mining process required by PoW consensus protocols.

What is Delegated Proof-of-Stake?

Network participants still stake coins in a Delegated Proof-of-Stake (DPoS) system (just like in PoS). However, stakeholders outsource the validation task to a delegate rather than being responsible for it. DPoS delegates are chosen based on their reputation and how trustworthy they are perceived to be.

The transaction speed of DPoS blockchains is typically higher than that of PoW and PoS blockchains. Unfortunately, DPoS is still in its early stages, and most people don’t think it’s safe enough to be the foundation of blockchains that are used for transferring funds.

How Does DPoS Function?

There is an important voting component in Delegated Proof-of-Stake. Users select which nodes will be used to verify transactions by voting. Each DPoS network uses a slightly different voting system, but in general, users of DPoS consensus either cast their votes or delegate their voting power to another party.

The witnesses are the voting nodes. They can validate transactions to create blocks. In the event that all transactions in a single block are verified, the witnesses receive a special reward that can then be shared with every person who voted for that witness.

The block is skipped if the chosen witness fails to validate every transaction within the time limit. This implies that none of the transactions are verified, and the witness receives no compensation. If the next witness ends up verifying all transactions, they will receive the original compensation as well as the amount that the previous witness would have earned.

As stated above, witnesses are responsible for securing and validating the blockchain. While a user doesn’t need cryptocurrency to become a witness, they must be able to obtain enough votes to be elected. When a witness can confirm a transaction, it will be officially recorded in a ledger.

For one server, the number of witnesses can range from 21 to 101. A witness can prevent certain transactions from being included in a block, but they cannot alter the details of the transaction in any way.

Witnesses can be removed if the majority decides that another member of the group can be trusted more. There could be a lot of contestants if many people are seeking the position of witness. In this case, one’s reputation could be crucial in deciding who gets elected and who doesn’t.

These refer to full nodes that the network relies on to ensure that the blocks generated by different witnesses follow the protocol rules. The block validator must run the validator and check the network. Unlike a witness, validators do not enjoy any financial remuneration.

DPoS has some advantages over PoW because it is a type of PoS consensus mechanism. As a more advanced variant of PoS, DPoS can even outperform the traditional PoS mechanism.

The following are the advantages of DPoS:

Blockchains using DPoS can process a large number of transactions per second, making this consensus mechanism faster than its competitors.

Furthermore, setting up block producers is quick, which improves scalability.

DPoS, unlike PoW, does not require expensive or powerful hardware to function. As a result, network maintenance costs are reduced. Furthermore, DPoS does not consume much power, making DPoS networks environmentally friendly.

As previously stated, users who vote for the delegates that create blocks and verify transactions are also entitled to a portion of the rewards generated by the successful validations. This encourages users to select delegates with a high probability of success, as doing so will result in greater rewards. This helps ensure that the system’s security comes before everything else.

In the DPoS voting system, token holders can make their opinions known to the public by voting for a delegate they trust.

DPoS and PoS are similar in terms of stakeholding. However, DPoS has a novel democratic approach through voting. The block producers are elected via the voting system.

The voters maintain the DPoS system. As a result, delegates are motivated to perform well or risk being replaced. DPoS blockchains also have higher TPS than PoS blockchains.

Block.one’s EOS is a DPoS blockchain designed by Daniel Larimer. It is available for anyone to use and study for relevant certifications and skills. EOS is one of the first blockchains to use DPoS in terms of scalability and low latency.

It is a decentralized platform for international payments. BitShares is managed by a decentralized autonomous corporation (DAC), and BTS token holders vote to determine the project’s direction.

TRON is a decentralized blockchain that offers its users a wide variety of services. These services range from DeFi to music and streaming services.

The following are the limitations of the DPoS consensus mechanism:

Regulators in the Bahamas Holding $3.5 Billion in FTX Customer Assets