Asset Tokenization: A Top Use Case of Blockchain in Finance

With the introduction of Bitcoin, a whole new world of possibilities for defining how assets and investments are created, managed, and traded became available.

Blockchain, the technology that underpins the world’s first cryptocurrency, is an example of distributed ledger technology that has opened the door to a variety of investment opportunities.

Blockchain is transforming the financial landscape by making it easier to divide an asset into smaller parts that indicate ownership, democratizing investment in previously illiquid assets, and establishing more equitable marketplaces.

Tokens for various assets, such as paintings, digital media platforms, real estate, company stock, and collectibles, can be created on a distributed ledger.

This article explores asset tokenization and its potential impact on the financial industry. It also examines some of the risks and challenges associated with asset tokenization, as well as possible solutions.

What is Asset Tokenization?

Asset tokenization refers to the transformation of assets on the blockchain. It involves digitizing assets by converting tangible and intangible assets into tokens. It applies to sectors including finance, art, real estate, and health care and covers both physical and intangible assets.

The concept of asset tokenization has become popular in recent years. It allows users to store and trade tokens partially or entirely, depending on their needs and preferences. Due to its benefits, asset tokenization is likely to be the next big thing in fintech.

Due to the remarkable and widespread adoption of cryptocurrencies, the underlying technology is also being adopted by conventional markets. Many traditional banks are already starting to offer tokenization services because the benefits are too clear to ignore.

The most likely scenario is that tokenized assets will end up being the primary method for investors to access markets like equities, commodities, real estate, and the art world.

The tokenization of assets will increase the activity, fairness, and transparency of the financial markets. The new trend has the potential to impact venture capital as well as all other fringes of traditional finance.

We are transitioning from discrete token assets to a full token economy, with tokenization capable of upgrading infrastructures without posing systemic financial problems. This could signal the dawn of a new era for financial markets.

Different Asset Classes and Their Current State of Tokenization

Stablecoins are, to this point, the most well-known instance of tokenization. They are the equivalent of fiat currencies (such as the US dollar, British pound, euro, etc.). They are used for blockchain-based payments.

Any company that issues a stablecoin keeps a reserve in a bank account in the same currency as the tokens it creates. This reserve is equal to the price of the tokens it makes.

For the time being, stablecoins are only supported by cryptocurrency exchanges. However, the central banks of some countries have launched or intend to launch their own stablecoins (i.e., digital copies of their regular national currencies).

Amazon shares cost around $2,000 each, making them difficult for modest investors to include in their portfolios. By converting shares into tokens, investors will be able to purchase fractional shares for as little as a few dollars each. Because of this, there will be a significant increase in the number of traders and investors on the stock market and on platforms for tokenized assets.

There are more than a dozen stablecoins, but four stand out because their liquidity is tied to the value of the US dollar. These include:

The real gold bars are kept in bank vaults, and the only evidence of ownership that their owners have is legal documentation. As the primary reserve asset in the world, gold trading is entirely virtual. The next step in making the gold market more reliable and open is to use blockchain-based document accounting.

Tokenization of the gold, silver, platinum, and other precious metals markets has been attempted, but no useful results have been seen thus far. The Royal Mint of Great Britain’s RMG (Royal Mint Gold) project, which was the most anticipated gold tokenization initiative, was met with government opposition and put on hold indefinitely.

Real Estate and Other Assets With Low Liquidity

Tokenization can be used to divide the value of any materially indivisible asset into a different number of shares, just as the value of bitcoin is divided into 100 million pieces (satoshi) and a company’s worth when issuing shares is divided by the number of issued securities.

Tokenization opens up numerous opportunities for the growth of real estate markets and various types of collectibles, such as works of art.

These items are typically out of the average buyer’s price range, making transactions involving them uncommon. However, through tokenization, investors can pool their resources to jointly purchase real estate and profit from its use, lease, or sale. Every investor is entitled to an income that corresponds to their investments.

To date, no company has successfully established a tokenized real estate market on a global scale. The main issue remains the strict rules governing the transfer of real estate rights, and tokenization alters how these transactions are typically structured.

Asset tokenization differs from standard digitalization in numerous useful ways, particularly when blockchain technology is used. Asset tokenization (the process of assigning a unique identity to assets) has the potential to greatly benefit industries and retail investors.

Here are a few reasons why asset tokenization is important:

The market for privately held companies is now non-liquid. As a result, it takes longer for buyers and sellers to become acquainted with one another and the services they offer. They must also devote considerable time to determining how they will conduct business together and hiring lawyers and other service providers to draft a contract for the transaction.

However, asset tokenization simplifies and automates this process.

It provides a blockchain platform where users who have already been approved as investors and have enough money to handle the risk can trade tokens, which are private company securities.

These investors have the option to leave the platform at any time by simply selling their tokens on a secondary market. They won’t have to deal with the hassle and expense of early redemption.

All in all, this will encourage high-net-worth individuals and organizations to invest in private company securities. This would ultimately result in the creation of a global market for these private securities.

Asset tokenization on the blockchain allows for asset fragmentation to the smallest possible amounts in the form of tokens, incentivizing investors to purchase a small portion of the company’s shares. This allows more people to invest and reduces the amount of time and money required to do so.

When assets are tokenized, a complete record of ownership and the token-rights holder’s rights and obligations are included in the contracts that define the token’s properties. Through this, people will be able to see who they’re dealing with, how powerful they are, and where they obtained this token.

Data stored on a blockchain cannot be updated, destroyed, or modified.

Because blockchain validates and immutably records the data of assets and transaction records, those looking to buy and sell tokens can be confident that they are accurate.

Tokenization also reduces the number of intermediaries required in a transaction due to smart contracts and attributes like immutability.

Because token transactions will be performed using smart contracts, a large portion of the transaction process will be automated. As a result, fewer intermediaries and less work will be involved in managing the entire process. This will lead to faster and cheaper transactions in the long run.

Challenges and Risks of Asset Tokenization

Because blockchain is borderless, it provides numerous opportunities for both consumers and corporations. However, real-world asset tokenization applications face unique challenges due to existing technological and legal concerns. Even though asset tokenization holds considerable potential, many countries have yet to develop uniform rules for dealing with it.

No Code of Conduct

A major problem associated with asset tokenization is the lack of a code of conduct and universal norms. Because there are no universal guidelines for establishing and regulating digital assets, investors may be wary of participating due to the possibility of several potentially undesirable activities.

It may also compel companies to reevaluate their organizational structures and operating procedures. As a result, it’s critical to implement a written code of conduct and a framework to strengthen the basic regulatory structure and guarantee cooperation among market participants.

The blockchain, like any other technology, is vulnerable to online attacks and cybercrime. The frequency of cyberattacks against blockchain-based platforms is largely unsatisfactory. It is paramount to develop a comprehensive and trustworthy digital asset management system to keep track of regulatory activities and protect against cybercrime.

The Outstanding Opportunities of Metaverse Tourism 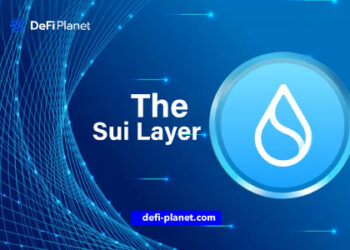 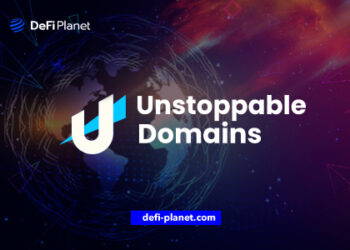