An Ultimate Guide on the Use Cases of Polygon 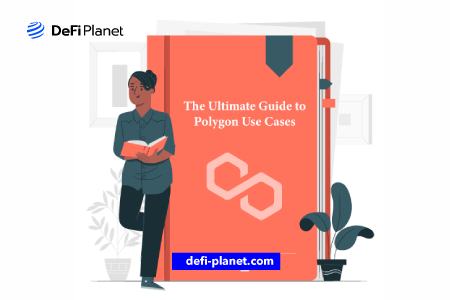 Cryptocurrencies have also facilitated significant transformations in the financial industry. However, an increase in transaction volume has created a slew of issues, necessitating the use of Polygon for scalability.

Many users, buyers, and businesses in the crypto and blockchain industries have encountered issues such as congested communities and relatively high transaction costs. The Polygon Network is a Layer 2 scaling solution that was developed as a reliable solution to such issues.

This article thoroughly explores the Polygon network, examining its different use cases.

What is the Significance of Layer 2 Options?

Exploring the significance of Layer 2 solutions will help in understanding the different use cases of Polygon.

Layer 2 solutions can be used for the efficient exchange of data and tokens between the two networks. They facilitate the exchange of transaction data from the main blockchain to the community of parallel blockchains.

This allows for faster, cheaper transaction processing while posing no security risks to the Ethereum mainnet. The way it functions has a lot to do with the recent emphasis on the use cases of the Polygon blockchain. Ethereum is the most popular platform for developers who want to build decentralized applications.

However, accepting Ethereum as a viable alternative for developing dApps and, more recently, for DeFi purposes has posed many challenges. The community’s congestion and decline in performance have been attributed to the high transaction volume on Ethereum.

Community congestion increases transaction fees. This makes the Ethereum blockchain only available to users who buy in bulk. Layer 2 solutions, such as Polygon, are critical for the development of DeFi because they offer scalability and interoperability.

Polygon is a user-friendly and well-organized platform that enhances the growth of Ethereum’s infrastructure. Anurag Arjun, Sandeep Nailwal, and Jaynti Kanani co-founded Polygon in October 2017.

Polygon helps Ethereum become the “Internet of Blockchains” with the aid of a fully functional multi-chain architecture. Users also enjoy Ethereum’s benefits of security, openness, and a dynamic ecosystem.

Top Use Cases of Polygon

Members of the Polygon network can choose not to become validators and distribute their tokens to other potential validators instead. However, they can still participate in the staking procedure and earn staking incentives.

Also, the Polygon network’s consensus process employs a PoS “checkpointing” approach. This implies that a small group of block producers chosen by stakers to validate each checkpoint or header block has reached a consensus. These producers enable the system to generate blocks quickly.

The Polygon blockchain is one of the projects making an effort to address the scaling and interoperability issues plaguing the blockchain industry.

Rather than employing a WASM-based virtual machine, it is compatible with the Ethereum Virtual Machine, making it easier for developers who prefer to build apps on Ethereum and program using Solidity.

Using Polygon’s security layer is totally up to the discretion of developers who wish to build on the platform. There is no need for foreign solutions to sacrifice independence or adaptability for increased security. In addition, Polygon is adaptable enough to incorporate any scalability solution—outside of the anticipated optimistic rollups, ZK-rollups, and existing Plasma chains.

Polygon’s scaling mechanism has already been implemented in a number of applications, including Aavegotchi, Augur, EasyFi, Ocean Protocol, and Sushi.

Polygon intends to support a wide range of decentralized financial applications outside the Ethereum ecosystem.

Polygon currently only supports the Ethereum main chain, but it hopes to expand its tentacles by supporting other Layer 2 blockchains in the near future.

Despite changing its name and improving its objective for the Matic Network, Polygon continues to use the MATIC token as its utility token. The MATIC token can be used for a variety of functions, including participating in network governance by voting on Polygon Improvement Proposals (PIPs), enhancing security through staking, and paying gas fees for Polygon transactions in the Polygon ecosystem.

Here’s how the other MATIC tokens are distributed:

According to MATIC’s official release schedule, all tokens will be released by December 2022. The community can vote on network updates and adjustments as well as the overall objectives and course of Polygon through the use of MATIC tokens distributed throughout the ecosystem.

The MATIC token is also used to pay for all network and sidechain fees on Polygon. The more people who use Polygon, the higher the fees will be, and the more valuable the MATIC token will be in this context.

Polygon is one of the most popular game development platforms in the blockchain gaming sector. Polygon established the Polygon Studios section in July 2021 to transition gaming from Web 2 to Web 3. The new section is intended to support game developers who want to use Polygon to build their products. Polygon Studios ensures that creators are supported through investments, community support, and marketing support.

How well polygon use cases perform in gaming is heavily influenced by the network’s capacity for scaling. Proper scaling might help make blockchain-based games more responsive and faster. Blockchain games fall far short of traditional PC and console games in terms of network latency and slower transaction rates. However, these problems can be solved due to the combined power of Polygon’s Commit Chain scaling technology and the Ethereum network.

Polygon Network may contribute to the development of blockchain-based games in the future.

It would accelerate development and reduce the cost of gaming NFT trading.

As more users buy, sell, and trade various in-game NFTs and collectibles, Polygon could be an ideal marketplace for increased efficiency.

It’s incredible how Polygon has supported many popular blockchain-based games and NFT dApps. In-game NFT trading is feasible on the Polygon network with lower transaction costs. Games such as Aavegotchi, Neon District, Cometh, and Zed Run used Polygon to improve their user interfaces.

The Future of Polygon

The Polygon team is working on extensive platform features and is heavily investing in ZK and ZK rollup technologies.

In addition to $250 million spent on Hermez (a decentralized, open-source blockchain platform), the team purchased four additional platforms to aid in the creation of additional ZK rollup networks.

The Polygon team hopes that these advancements will result in a highly scalable ZK Rollup solution that supports EVM.

The team will continue to work with LBank Exchange to introduce more Polygon projects and tokens to the community.