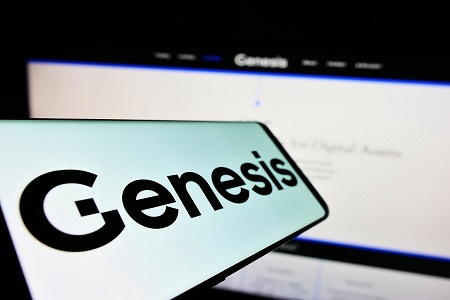 According to a securities class action (SCA) complaint filed by a group of Genesis creditors against DCG and its CEO Barry Silbert, the firm allegedly violated federal securities laws.

Silver Golub & Teitell (SGT), a legal firm in Connecticut, filed the complaint on behalf of individuals and organizations that had contracts with Genesis to lease digital assets.

According to the new complaint against DCG and Silbert Genesis, they conducted lending agreements involving securities without being eligible for an exemption from registration under federal securities laws. This allegedly constituted an unregistered security offering in violation of the securities laws.

According to the lawsuit, as part of a scheme to deceive prospective and current lenders of digital assets, Genesis is also accused of securities fraud for making false and misleading claims. The plaintiffs claim that Genesis knowingly violated Section 10(b) of the US Securities Exchange Act by misrepresenting Genesis’ financial situation.

Genesis filed a Chapter 11 bankruptcy filing the previous week. Two of the most significant falls in the cryptocurrency market in 2022 acted as a trigger for this action.

Genesis Global Capital, the partner company to Gemini’s now-defunct Earn program, offered a thorough evaluation of its financial situation in its case for Chapter 11 bankruptcy protection. According to the petition, the firm believes it has more than 100,000 creditors, a startling figure that highlights the scope of its operations and influence in the sector.

According to the bankruptcy petition, Genesis owes its top 50 creditors a sizable amount of funds. Some of the best-known companies in the cryptocurrency sector are cited as creditors in the petition, including cryptocurrency exchange Gemini, trading behemoth Cumberland, Mirana, MoonAlpha Finance, and VanEck’s New Finance Income Fund.

However, this revelation is not without controversy, as the founder of Bitzlato, Anatoly Legkodymov, was arrested by US authorities last week on allegations of running a “money laundering engine.”

The US Justice Department announced that Legkodymov, a Russian national living in China, had been charged with operating an unlicensed money exchange business and that his actions had “fueled a high-tech axis of cryptocrime” by processing $700 million in illicit funds.

The US Justice Department recently released an order regarding the arrest of Bitzlato’s founder, Anatoly Legkodymov, for his alleged involvement in running a “money laundering engine.” The order also shed light on the practices of Bitzlato, which had allegedly touted the laxity of its background checks on clients.

The exchange reportedly did not ask for proper identification information from its users, and when it did, it allowed them to provide information that belonged to “straw man” registrants.

Using “straw man” registrants is often used by individuals or entities looking to conceal their true identities and avoid detection by authorities. In this case, Bitzlato’s lax background checks and willingness to accept information from “straw man” registrants enabled its clients to conduct illegal activities with relative impunity.

Last week, the US Treasury’s Financial Crimes Enforcement Network (FinCEN) made an announcement that shed light on the relationship between Binance, one of the largest cryptocurrency exchanges in the world, and Bitzlato, another digital currency exchange.

As per FinCEN’s statement, Binance was among Bitzlato’s top three counterparties by the amount of bitcoin received between May 2018 and September 2022.

This revelation is significant as it highlights the extent of the relationship between the two exchanges and raises concerns about the level of due diligence conducted by Binance when it comes to its clients.