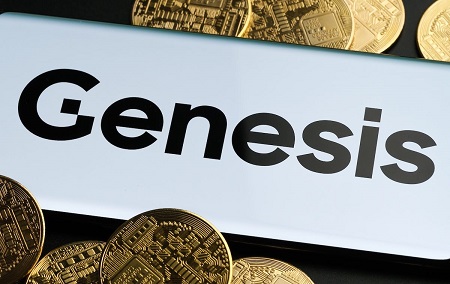 The recent bankruptcy filing of Genesis, a cryptocurrency lending platform, has left customers of Gemini Earn, a rewards program for lending cryptocurrency, facing a potential shortfall of $485 million.

Gemini Earn operates by paying rewards to customers who lend their cryptocurrency to the program. These tokens are then loaned to counterparties, such as Genesis, who generate yield through trading and investing. This model has been popular among investors as it allows them to earn rewards for lending their cryptocurrency while still retaining ownership of their assets.

However, the recent bankruptcy filing of Genesis has thrown this model into turmoil, as it has triggered panic among the creditors of the platform, including the customers of Gemini Earn.

The filing of Chapter 11 bankruptcy, which allows a company to continue operating while it reorganizes its finances, has raised concerns that the assets of Genesis may not be sufficient to repay its creditors, including the customers of Gemini Earn.

The recent bankruptcy filing of Genesis has revealed that the company owes its creditors a staggering $3.5 billion. Among these creditors, the largest is Gemini, a cryptocurrency exchange with a balance due of $769 million.

The news of Genesis’ bankruptcy has sent shockwaves through the crypto community, raising concerns about the stability of the cryptocurrency lending market and the potential impact on investors.

As one of Genesis’s largest creditors, Gemini has been closely monitoring the situation and seeking ways to recoup its losses. However, in an unexpected turn of events, Genesis has now claimed that it has fulfilled its obligations to Gemini by paying out the proceeds of a private sale of Grayscale Bitcoin Trust (GBTC) shares that collateralized the debt.

In August 2022, Genesis entered into a strategic agreement with Gemini Earn, a rewards program for lending cryptocurrency. Under this agreement, Genesis pledged 30.9 million Grayscale Bitcoin Trust (GBTC) shares as collateral for the tokens held by Gemini Earn’s customers.

This arrangement was later extended on November 7, 2022. However, just a few days later, on November 11, 2022, FTX exchange filed for bankruptcy, following weeks of insolvency rumors beforehand.

On November 16, 2022, Genesis froze withdrawals from its platform and informed Gemini that it had sold the collateralized GBTC shares at $9.20 per share, netting $284.3 million. However, with a balance owed of $769 million to the customers of Gemini Earn, the shortfall amounts to $484.7 million. This has raised concerns among the customers of Gemini Earn regarding the security of their assets and the potential for significant losses.

Given the behind-the-scenes agreement between the two parties, Genesis claims that the $769 million balance owed to Gemini Earn customers has been paid with the GBTC share sale.

However, the final decision on who owes who and how much would be decided by the judge in charge of the bankruptcy filing processes.