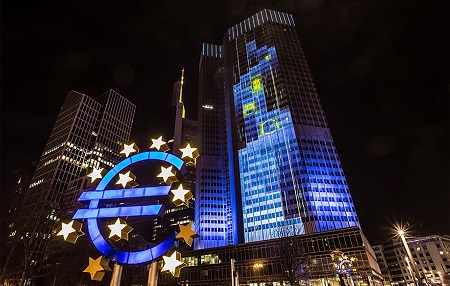 The European Commission has recently announced its plans to publish a bill that will pave the way for the creation of a digital euro and set the foundation for the EU’s strategy on virtual worlds.

While the European Central Bank has yet to decide on issuing a central bank digital currency (CBDC), the commission has acknowledged the need for new legislation to support the digital euro’s status as a legal tender and to implement anti-money laundering regulations.

Mairead McGuinness, the EU’s Financial Services Commissioner, emphasized the significance of this move during a meeting with the Economic and Monetary Affairs Committee.

She stated that the legislation would be the framework for a digital euro and added that waiting until a digital currency becomes an urgent necessity in the future would be irresponsible. She stated, “It would be negligent if Europe did nothing now but at some point in five or ten years had to rush through something urgently.”

The bill is, however, set to be published on May 24th and will set the foundation for establishing a digital euro and outline the EU’s strategy on virtual worlds. The bill, spearheaded by the EU’s Financial Services Commissioner, Mairead McGuinness, will serve as a framework for creating a digital euro and provide guidelines for the use cases and technology that will be used.

It will be up to the EU parliament and member state governments to review the bill’s content and make any necessary adjustments. This will include a close examination of the use cases for a digital euro and the technology used to implement it.

According to Commissioner McGuinness, it is crucial to take action now to ensure that Europe is not caught off guard in the future.

However, only some are convinced of the value of this initiative. Some lawmakers have shown skepticism about the need for a digital euro and its potential benefits.

Despite the mixed reactions, the commission’s decision to establish a digital euro and outline its strategy on virtual worlds is an essential step in the EU’s efforts to stay ahead of the curve in the rapidly evolving digital landscape.

The EU needs a clear and comprehensive approach to digital currencies, and virtual worlds as the world becomes increasingly digitalized. It will be interesting to see how the bill is received by the EU parliament and member state governments and how it shapes the future of digital currencies in Europe.