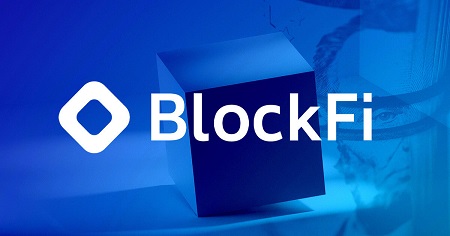 BlockFi, the insolvent cryptocurrency lending company, has announced its plan to sell $160 million worth of loans secured by over 68,000 Bitcoin mining equipment as part of its bankruptcy process. According to two people with knowledge of the situation quoted in a report on January 24, BlockFi began the process of selling off the loans last year.

According to reports, some of these loans have already defaulted, and, given the drop in the cost of Bitcoin mining equipment, they might not be adequately collateralized. The report indicates that the deadline for bidders to make loan offers is January 24.

In November 2022, the crypto lender filed for Chapter 11 bankruptcy, attributing its failure to substantial exposure to the now-defunct crypto exchange FTX.

Many cryptocurrency lenders, like BlockFi, entered the bitcoin mining market to improve their digital asset treasury. Since the previous crypto bear market, these loans have raised about $4 billion. New York Digital Investment Group (NYDIG), Celsius Network, Galaxy Digital, and Digital Currency Group (DCG) Foundry are some of the significant lenders to crypto-mining businesses.

With the struggling assets from mining companies and failed crypto lenders now available on the market, cryptocurrency asset management company Grayscale has formed a fund alongside Foundry to invest in Bitcoin mining equipment.

To retain employees, BlockFi pleaded with the court on January 23 to allow bonus payments. Although the digital asset business is going through a challenging time, chances for participation elsewhere still exist, according to chief public officer Megan Crowell.

To retain its employees, BlockFi has requested the court to allow bonus payments. According to Chief Public Officer Megan Crowell, chances for participation elsewhere still exist despite the company’s current challenges.

To minimize unmanageable pressure on the firm, Crowell requested approval of a retention program, noting that “the war for talent remains active.” In Crowell’s proposal, employees would receive a bonus equal to 20–50% of their income if they stayed with the company through January 31.

Crowell has also requested approval for a retention program to minimize the pressure on the firm, noting that “the war for talent remains active.” In her proposal, employees would receive a bonus equal to 20-50% of their income if they stayed with the company until January 31.

It should be noted that at the time of its bankruptcy, BlockFi reportedly sold $239 million worth of its cryptocurrency holdings to pay for costs and notified almost 70% of its workforce that their jobs would be lost.