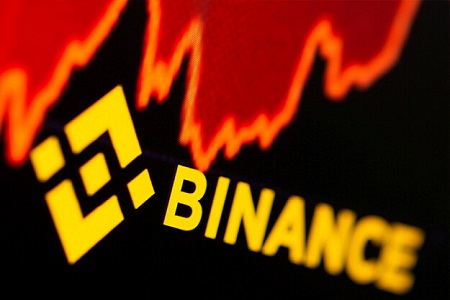 It has come to light that Binance, one of the largest cryptocurrency exchanges in the world, has processed a significant amount of transactions for another digital currency exchange known as Bitzlato.

According to a report, Binance processed nearly $346 million in bitcoin for Bitzlato, raising concerns about the level of due diligence conducted by the exchange regarding their clients.

However, this revelation is not without controversy, as the founder of Bitzlato, Anatoly Legkodymov, was arrested by U.S. authorities last week on allegations of running a “money laundering engine.”

The US Justice Department announced that Legkodymov, a Russian national living in China, had been charged with operating an unlicensed money exchange business and that his actions had “fueled a high-tech axis of cryptocrime” by processing $700 million in illicit funds.

The US Justice Department recently released an order regarding the arrest of Bitzlato’s founder, Anatoly Legkodymov, for his alleged involvement in running a “money laundering engine.” The order also shed light on the practices of Bitzlato, which had allegedly touted the laxity of its background checks on clients.

The exchange reportedly did not ask for proper identification information from its users, and when it did, it allowed them to provide information that belonged to “straw man” registrants.

Using “straw man” registrants is often used by individuals or entities looking to conceal their true identities and avoid detection by authorities. In this case, Bitzlato’s lax background checks and willingness to accept information from “straw man” registrants enabled its clients to conduct illegal activities with relative impunity.

Last week, the U.S. Treasury’s Financial Crimes Enforcement Network (FinCEN) made an announcement that shed light on the relationship between Binance, one of the largest cryptocurrency exchanges in the world, and Bitzlato, another digital currency exchange.

As per FinCEN’s statement, Binance was among Bitzlato’s top three counterparties by the amount of bitcoin received between May 2018 and September 2022.

This revelation is significant as it highlights the extent of the relationship between the two exchanges and raises concerns about the level of due diligence conducted by Binance when it comes to its clients.