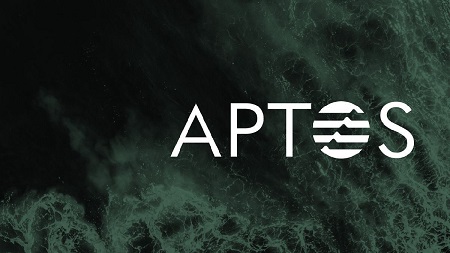 The blockchain industry is constantly evolving, and it is not uncommon to see fluctuations in the value of different cryptocurrencies. However, the recent performance of Layer 1 blockchain Aptos‘ APT tokens has been remarkable.

Despite the broader crypto market facing challenges such as bankruptcies, lawsuits, and a decline in overall sentiment, the APT token has witnessed an incredible 250% increase in value over just 14 days.

This performance has resulted in the token commanding a market capitalization of over $2.3 billion on Monday, making Aptos the 30th-most valued network based on the current token supply. Furthermore, when considering the total supply of APT tokens, the fully diluted valuation of the network reaches an astounding $14 billion.

On Monday, the APT token was trading just shy of $14, marking a significant increase from last week’s value of $7 and an even more impressive increase from November 2022’s lows of $3, according to CoinMarketCap data. This upward price trend was primarily driven by spot tokens, as the APT futures markets remained relatively stable.

The recent growth in the value of APT tokens can be attributed, in part, to the thriving NFT market on Aptos. Data from the Aptos NFT marketplace Topaz shows that collections such as Aptomingos – a set of comic flamingos – and Aptos Monkeys have attracted tens of thousands in trading volume in the last 24 hours.

Furthermore, the minimum prices of several NFT projects have risen in the past week, indicating a growing demand for these unique digital assets.

However, cryptocurrency is a dynamic and ever-changing space, and it’s common for certain trends and phenomena to emerge and gain popularity among traders and investors.

Recently, there has been a growing buzz among traders on Crypto Twitter about the potential surge in interest in NFTs based on the Aptos network.

The reason for this anticipation is the increasing trend of flipping NFTs, a term used to describe the quick buying and selling of an asset among opportunistic traders on the Aptos network. Several tweets by various community members have suggested that this practice has become increasingly popular among traders looking to capitalize on short-term gains.

This growing interest in flipping NFTs on the Aptos network is a testament to the potential of this new and exciting area of the blockchain industry.

The launch of the Aptos mainnet on October 18th was met with excitement and scrutiny. While the network’s debut was met with high expectations, it was not without its share of technical difficulties. Many in the community closely monitored the launch, looking for any signs of issues that could negatively impact the network’s long-term prospects.

One area of concern that emerged following the launch was the distribution of APT tokens. It was revealed that investors and the Aptos Foundation received almost half of the 1 billion tokens issued, leading to concerns that these stakeholders could potentially liquidate their tokens, which would trigger a negative market reaction.

This raised some eyebrows in the community, with some questioning the fairness of the distribution. The Aptos team has since then addressed these concerns by explaining that the distribution was done in a way that aligns with the long-term vision of the network and that the foundation and investors were crucial in helping to build and support the network in its early stages.