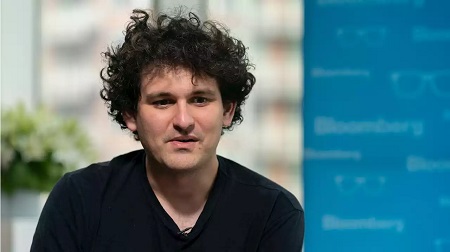 The once-self-made billionaire is reportedly on his way to his final $100,000.

Sam Bankman-Fried had $100,000 left in his bank account last time he checked.https://t.co/tkQweOY7RO

A recent interview with Sam Bankman-Fried (SBF) on Tiffany Fong’s YouTube channel reveals that the once effective altruist is now more remorseful. Nevertheless, many blame him for his downfall.

SBF noted that he could borrow deposits from users at either FTX or Alameda Research because he owned both massive crypto companies. It is no secret that Alameda was instrumental in the creation of FTX, as it was the exchange’s first market maker.

SBF claims that he was pressured into filing for Chapter 11 bankruptcy. He stated that FTX US was so insolvent that they were $500 million in the red, exacerbated by a $250 million loss in a hack that occurred after their bankruptcy filing.

“If we hadn’t declared bankruptcy, all users would be whole, and withdrawals would be on FTX right now,” he said.

SBF also claimed that he received $4 billion in funding “8 minutes after signing the Chapter 11 papers,” “money that could have been used to compensate users but was instead burned to the ground in a symbolic gesture of shame” by his trustees.

“International needs about $4B of net asset value and $8B of liquidity. These are big numbers, but they’re not impossible numbers. If money were the biggest blocker, I’d be there right now. But the biggest blocker is the people now involved.”

The Use of Customer Funds on Alameda

Due to the lack of regulatory oversight in the industry, FTX, like many other crypto exchanges, had difficulty finding a banking partner to process fiat transactions.

As a result, FTX began processing cryptocurrency exchange transactions through the banking accounts of its sister company, Alameda Research.

Sam Bankman-Fried confirmed that the exchange had been wiring customer deposits from Alameda’s bank accounts. Some customers were reportedly asked to wire their deposits through Alameda, which has a banking partnership with fintech bank Silvergate Capital.

The clash between Alameda and FTX over the customer funds later became the primary point of failure. Even though FTX never gambled with user funds, according to Bankman-Fried, the company loaned the money to Alameda. According to reports, most of the collateral Alameda had to back the loans was in the native FTX token, despite the former CEO’s claims that they had enough collateral.

However, SBF admitted that he “should have been more cautious and careful than he was” with customer funds.

About the $8B Hole

SBF once told investors that FTX needed $8 billion to cover withdrawal requests. He informed investors about the “liquidity crunch” right after Binance backed out of a proposed deal to acquire FTX.

SBF expected that the struggling exchange could attract between $3 billion and $4 billion in equity funding. The WSJ reported that he also said FTX had the potential to secure debt financing from investors. He also promised to compensate backers with some of his own money.

During his interview with Tiffany, SBF did not say whether the $8 billion was missing. Instead, he stated that there are “not enough liquid assets to be sold in a reasonable time scale for as many reasonable dollars we will be called in for.”