FTX Japan Plans to Enable Withdrawals Before The End of 2022 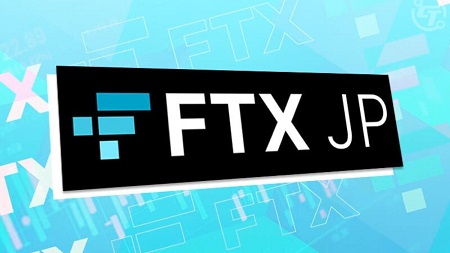 The FTX crash is one of the most powerful shockwaves to hit the crypto industry in 2022. Despite the catastrophic crash, reports indicate that the company’s Japanese arm plans to enable withdrawals for its users before the end of the year.

The dramatic collapse of Sam Bankman-Fried’s crypto empire is undoubtedly a watershed moment in crypto history. The now-defunct FTX was worth around $32 billion and performed relatively well. But cracks began to appear when the firm failed to honour users’ withdrawal requests and reported severe liquidity issues. A few days later, FTX declared bankruptcy in order to “develop a process to maximize recoveries.”

The Japanese branch of FTX is attempting to use the same system as its parent company, which is why customer withdrawals have yet to resume.

According to recent media reports, the subsidiary is developing a new system that will enable such transactions by the end of 2022.

As of November 10, FTX Japan claimed to have approximately 19.6 billion yen (roughly $138 million) in cash and deposits. It has not reported any client funds leaving the country.

In June of this year, the platform started its Japanese venture to strengthen its global presence and serve local consumers. It received all necessary approvals from local regulators and the government, but its operations were severely disrupted due to the parent company’s failure.

The originating problems of FTX began in early November 2022 when Binance announced that it would liquidate its entire stash of 23 million FTT tokens. Reports began to emerge that thousands of customers were attempting to withdraw their funds from FTX, which exacerbated the domino effect.

The once-revered exchange launched its Japanese venture in June to strengthen its global presence and serve local consumers. It obtained all necessary approvals from local regulators and the government, but its operations were severely disrupted due to the failure of the parent company.

The FTX problems began in early November 2022 when Binance announced its intention to liquidate its entire stash of 23 million FTT tokens. As word spread, bank runs ensued, with a large number of customers attempting to withdraw their funds from FTX, exacerbating the domino effect.

Sam Bankman-Fried (SBF), the founder of FTX, had previously assured users and stakeholders that the trading platform and its assets were “fine” but later announced plans were in the works for a rival company, Binance, to acquire the company.

However, after conducting due diligence into the controversial exchange, Binance backed out of the acquisition deal, claiming that FTX’s problems were “beyond our control or ability to assist.”

Shortly after, SBF resigned as CEO, and FTX filed for Chapter 11 bankruptcy. This was the final nail in the coffin for FTX, and the news sent shockwaves throughout the entire digital asset space.