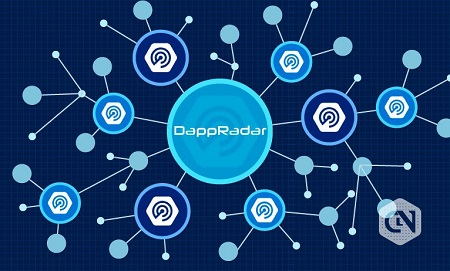 DappRadar has released an article stating that its data analysis shows that metaverse ecosystems have earned over a hundred million dollars through the sales of virtual lands. The aforementioned revenue was generated in only a week, which spans from November 22 to 28.

Metaverse projects like Somnium, CryptoVoxels, Decentraland, and The Sandbox grossed a combined amount of about $106 million, with over six thousand traders making up the transaction volume.

According to the article,

“Without a doubt, metaverse land is the next big hit in the NFT space. With record sales figures and ever-increasing NFT prices, virtual worlds are the new flagship of the crypto space.

Out of the different metaverse projects that contributed to that amount, Sandbox was the highest with a volume of $86.56 million. The second was Decentraland with $15.53 million, while the third and fourth positions went to CryptoVoxels and Somnium Space, which grossed $2.68 million and $1.1 million dollars respectively.  All the projects above are on Ethereum networks.

DappRader added that “the wave of attention towards virtual worlds like The Sandbox and Decentraland started with the rebranding from Facebook to Meta.”

“However, it was only the tip of the iceberg that pushed the term Metaverse into the mainstream. Virtual worlds have huge potential, and we’re just starting to see the full range of use cases for them. lands of the metaverse, ”the article stated.

The Co-founder and President of Animoca Brands, the parent company of The Sandbox, Yat Siu said,

“Facebook, in its attempt to usurp the metaverse narrative, sparked a chain reaction from other non-web3 companies (such as Microsoft) to announce their metaverse strategies as well and generated interest and concern of mass consciousness. “

Siu believed that Sandbox’s approach was more effective than Meta’s.

“While not everyone understands what digital property rights really mean, enough of them are interested now and it has created more notoriety on the net. The sandbox captured the tale of a true metaverse where you can really own a piece of it, and that’s reflected somewhat in the token price as well, ”Siu added.

Decentraland has the highest land sales in the past month, selling over one hundred plots of land and grossing 618,000 MANA tokens. The Sandbox sold a mega yacht for $666,000 during the same period.