Vampire Attack In DeFi: How SushiSwap Was Born 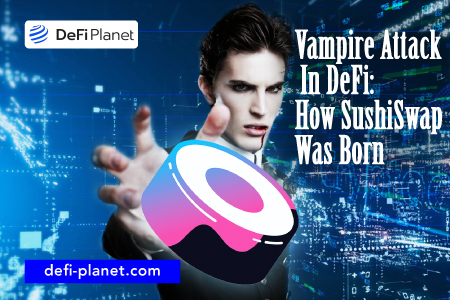 SushiSwap, a popular decentralized exchange (DEX) built on the Ethereum blockchain was launched in August 2020. The story of its launch is quite controversial, and the event is seen as one of the most polarizing incidents to ever take place in the DeFi ecosystem.

In this article, we will explain what a vampire attack is with the help of the story behind how SushiSwap came into existence.

What Is A Vampire Attack?

A Vampire Attack takes place when Liquidity Providers (LPs) of one platform are incentivized with better rates and other benefits to stake their LP tokens to a new platform. These LP tokens represent the supplied liquidity to a liquidity pool and the transfer of these tokens from one platform to another would essentially take away all the liquidity from that platform to the new one.

To kick off a vampire attack, the attacker first needs to attract liquidity. This is commonly done by giving LPs more benefits than what the original platform has to offer. After the platform has attracted sufficient liquidity, all the staked LP tokens are migrated to the new platform. This not only allows the new platform to add liquidity but also enables it to imbibe the trading volume and the users of the original platform.

If a vampire attack is successful, the new protocol can capture a significant amount of the original protocol’s liquidity, users, and trading volume.

The Infamous SushiSwap Incident 🍣 vs Uniswap🦄

Sushiswap, led by a pseudonymous creator, Chef Nomi, along with other developers forked Uniswap’ss open-source code. In an attempt to attract LPs straight after the launch, they added the incentive of receiving a governance token name SUSHI in addition to the transaction fees that they already received. Holding this token gave the users a right to contribute to decision-making on the platform.

Let’s take a look at how the SushiSwap launch played out.

Led by Chef Nomi, SushiSwap attracted a lot of attention straight after its launch. This is because the platform offered high APYs to LPs in the range of +200% to +1000%. As a result, just a few hours after the launch, the protocol had around $150M in total value locked in.

Chef Nomi recognized that SushiSwap’s success was dependent on liquidity. To attract LPs, he offered the following benefits:

The team behind SushiSwap created a MasterChef contract which was designed to migrate all the LP tokens from Uniswap to Sushiswap once it was triggered. Once Uniswap’s liquidity had been migrated to Sushiswap, it instantly became available for trading on the platform.

SushiSwap went all out in offering incentives to LPs so much so that even to motivate them to participate in the migration, they were given incentives. Some of which included:

Here’s how the events played out in chronological order:

Wait, did you think this was the end of unexpected events? Not even close. Time for the biggest plot twist. On August 11, 2020, 2 days after the successful migration, Chef Nomi returned $14M worth of ETH to Sushiswap’s development fund. He later went on to apologize to the community in an emotional Twitter post.

With the launch of SushiSwap, Chef Nomi has become one of the most popular names in the world of DeFi. He managed to successfully spearhead an operation that saw SushiSwap go head-to-head with the DeFi’s biggest DEX in Uniswap.

While he had essentially only copied Uniswap completely, the move was seen to be “fair” in the DeFi space as everything is open-source.

However, it didn’t take long for him to lose all his credibility among the DeFi degens with his move to essentially steal $14M in ETH from the DeFi community.

Initially, Chef Nomi had exclaimed to the community “I don’t sell any token”. But, in a move that shocked the DeFi community, he traded all the SUSHI tokens in the platform’s dev fund worth $14M for ETH. What was even bizarre was that he used Uniswap to make the trade. Funny how things work out, right?

In the world of DeFi and blockchain, nothing can be kept a secret. When the community realized what had happened, the price of SUSHI tanked by more than 70%. In an outrageous Twitter post, Chef Nomi tried to explain that he did so because “he cares” about the community.

However, all’s well that ends well as, in the end, Nomi returned the $14M to the dev fund of SushiSwap, and the protocol lead by SBF continued to offer extravagant incentives to LPs.

What Did This Mean For Uniswap?

Uniswap experienced great volatility leading up to the migration. The TVL on the protocol went down to $400M from $1.8B and liquidity was continuously being moved from Uniswap to SushiSwap.

One would think that such an event would have meant the end for Uniswap but something quite the opposite happened in reality. The event attracted a lot of attention to the DeFi space and brought tremendous value to the ecosystem.

After going down to $400M, Uniswap’s TVL rebounded and grew as high as $3B within the next two months. Moreover, learning from the experience, Uniswap went on to release its own governance token, UNI, in order to incentivize and reward the community.

The events that took place were quite extraordinary, to say the least. The vampire attack on Uniswap changed the DeFi landscape forever. It sent out a clear message to all the existing platforms that if they did not meet the communities’ expectations, they risked being forked.

Although SushiSwap’s launch was full of drama, the protocol has gone on to become one of the most reliable DEXes in DeFi and currently has over $3.3B in TVL.

So, what are your views on vampire attacks? Do you think what happened with Uniswap was right, or fair?

Comment down below and let us know your opinion.

Coinbase May Be Slammed With A Lawsuit From The SEC 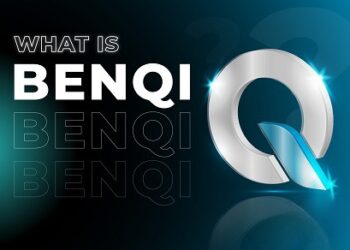 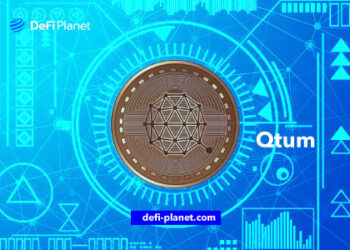 While Bitcoin was designed to facilitate secure money transfers, Ethereum was designed to enable developers to create decentralized applications (dApps). Most of the new Layer 1 protocols feature advancements far beyond Bitcoin's basic functionalities.  Qtum incorporates some of the... Composability in DeFi: How to Maximize Earnings With a DeFi “Money Lego”

The DeFi industry is becoming increasingly complex with the constant introduction of new protocols and dApps. This means that there are always new ways to make money in the DeFi space, but getting there may require navigating multiple protocols...